What is Billy Smart’s Royal Windsor and why are we restoring it?

The Royal Windsor is one of only 3 living wagons of this style built for the Smart family of the legendary Smart’s Circus which travelled the country after WWII until 1971. Billy Smart was one of the 20th Century’s most extraordinary Showmen and his travelling circus had a huge impact on the late John Carter (founder of Carters Steam Fair) who visited the circus as a child. Between 2012 and 2014 Joby and Georgina Carter restored Kay and Ronnie Smart’s Royal Windsor which they now live in with their family when we travel the fairground. Find out more about that restoration here. What is Patreon and why are we using it?

Patreon is a membership platform whereby members get access to exclusive content and special perks. Your Patreon membership helps us finance the restoration and in return you get exclusive access to weekly updates on its progress (and special thank you gifts). There are different levels of membership from £5 to £50 a month which each provide different benefits, ranging from a 10% discount on our online shop to a special thank you in the commemorative book celebrating the restoration, and many more.

Billy Smart’s Royal Windsor is a magnificent piece of Showland history that with your help we can preserve for future generations to enjoy. Find out more about the history and the restoration required 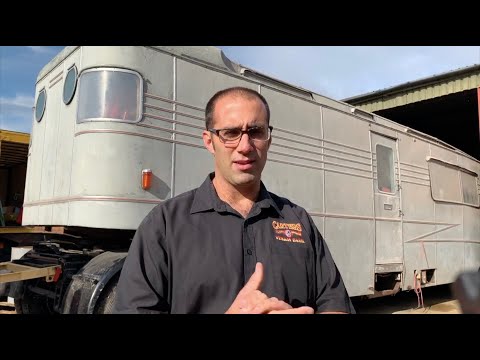 Thank you for your interest and I hope that you will join me on this restoration journey. Ideas and inspiration for thoughtful presents Thoughtful gifting can go a long way. A meaningful present shows someone how much they mean to you and you can chose to support a small family-run business. 2020 has been a difficult year for everyone and the power of a...